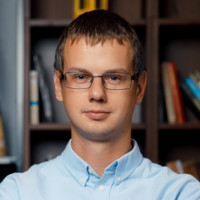 Anton Babenko is AWS Community Hero and helps companies around the globe to build solutions using AWS and specializing in infrastructure as code. Build DevOps and reusable infrastructure components.

Anton spends a large amount of his time as an open-source contributor on various Terraform & AWS projects. He enjoys solving real cloud architecture tasks, and above all, makes them Open-Source.

His most successful projects are:

Happy to visit DelEx Conference in Minsk with arrival from Oslo

become a speaker сhoose your ticket